Here on a mission for art – sketchbook on board visiting the Louvre. The Louvre Museum, is the world’s largest art museum and a historic monument in Paris, France. A central landmark of the city, it is located on the Right Bank of the Seine in the city’s central district. In 2017, the Louvre was the world’s most visited art museum, receiving 8.1 million visitors and Im not surprised. 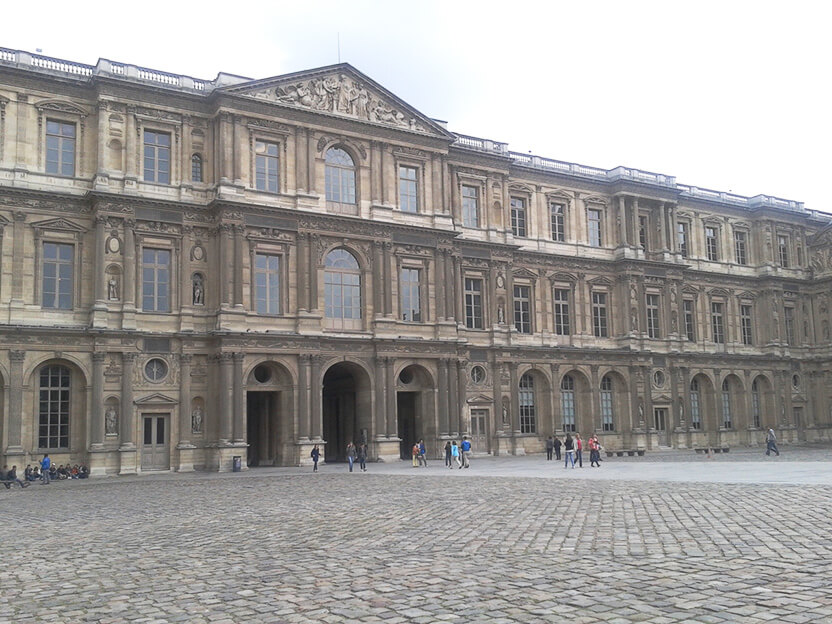 A beautiful entrance to the museum. 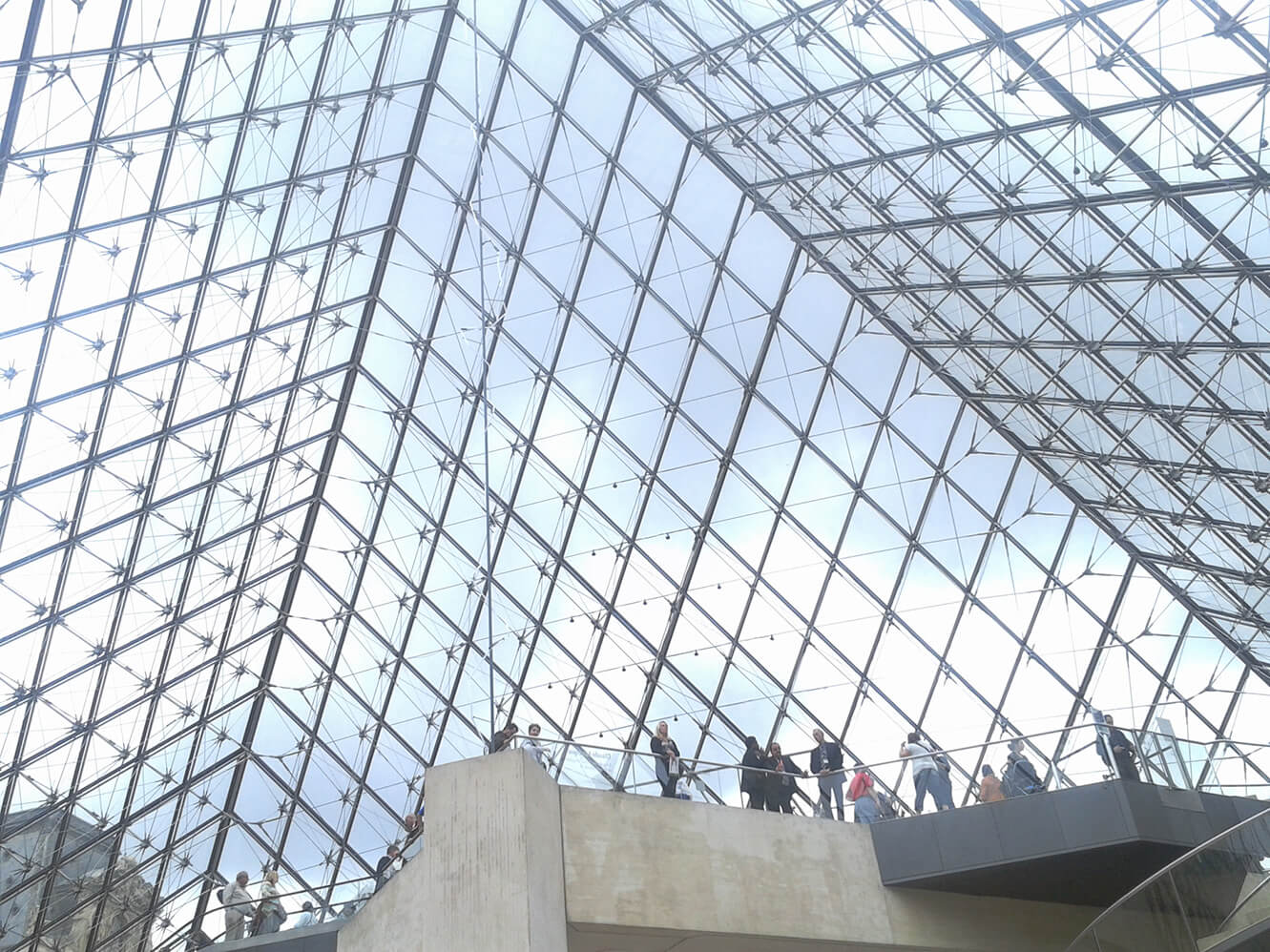 Made famous by the film by Dan Brown I think any visit to the museum will have a quick stop here – even if you dont know the film it is a cool piece of architecture. 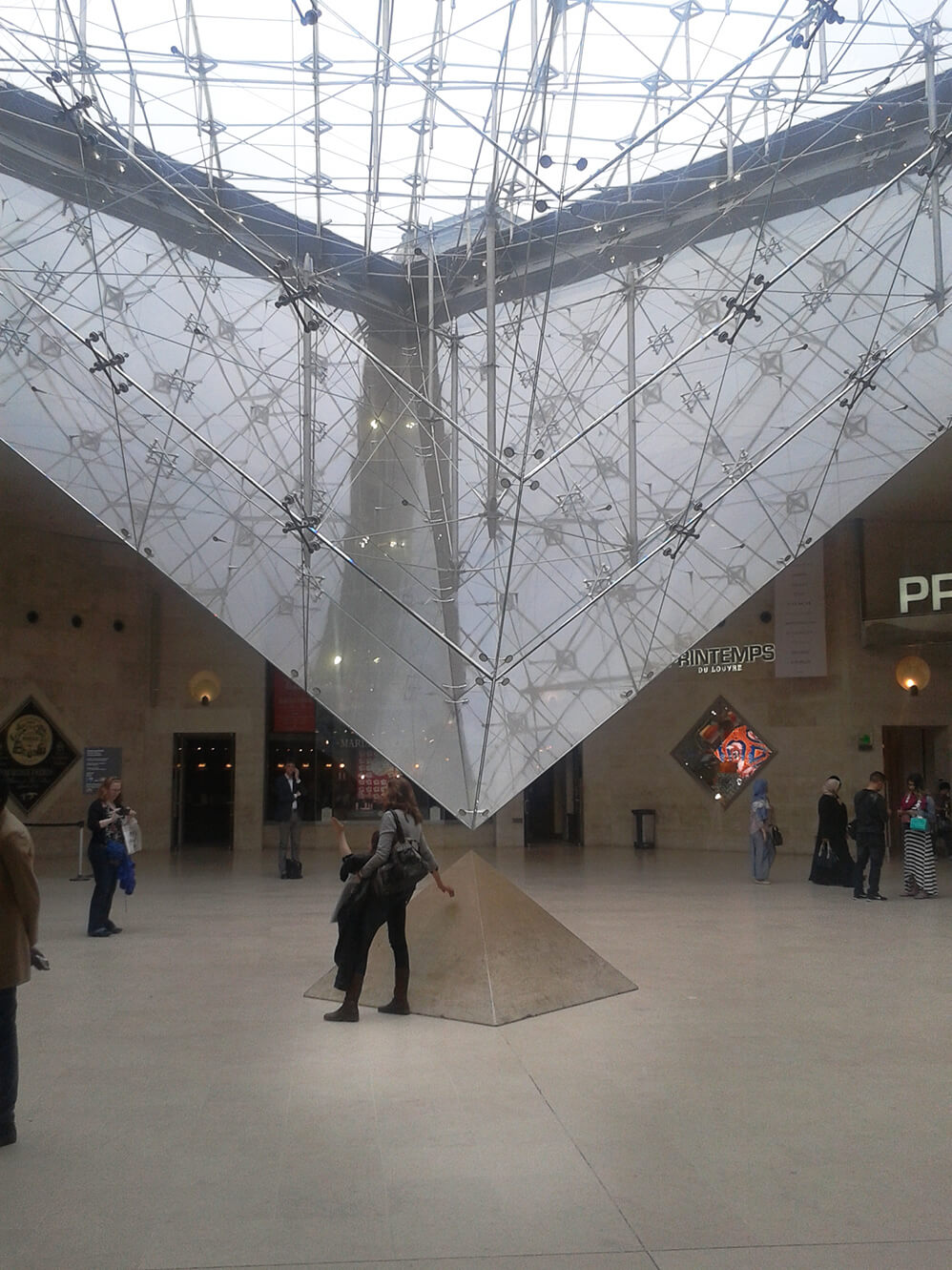 Liberty Leading the People (French: La Liberté guidant le peuple) painted by one of my favorite artists Eugène Delacroix commemorating the July Revolution of 1830. A woman personifying the concept and the Goddess of Liberty leads the people forward over a barricade and the bodies of the fallen. The figure of Liberty is also viewed as a symbol of France and the French Republic known as Marianne. 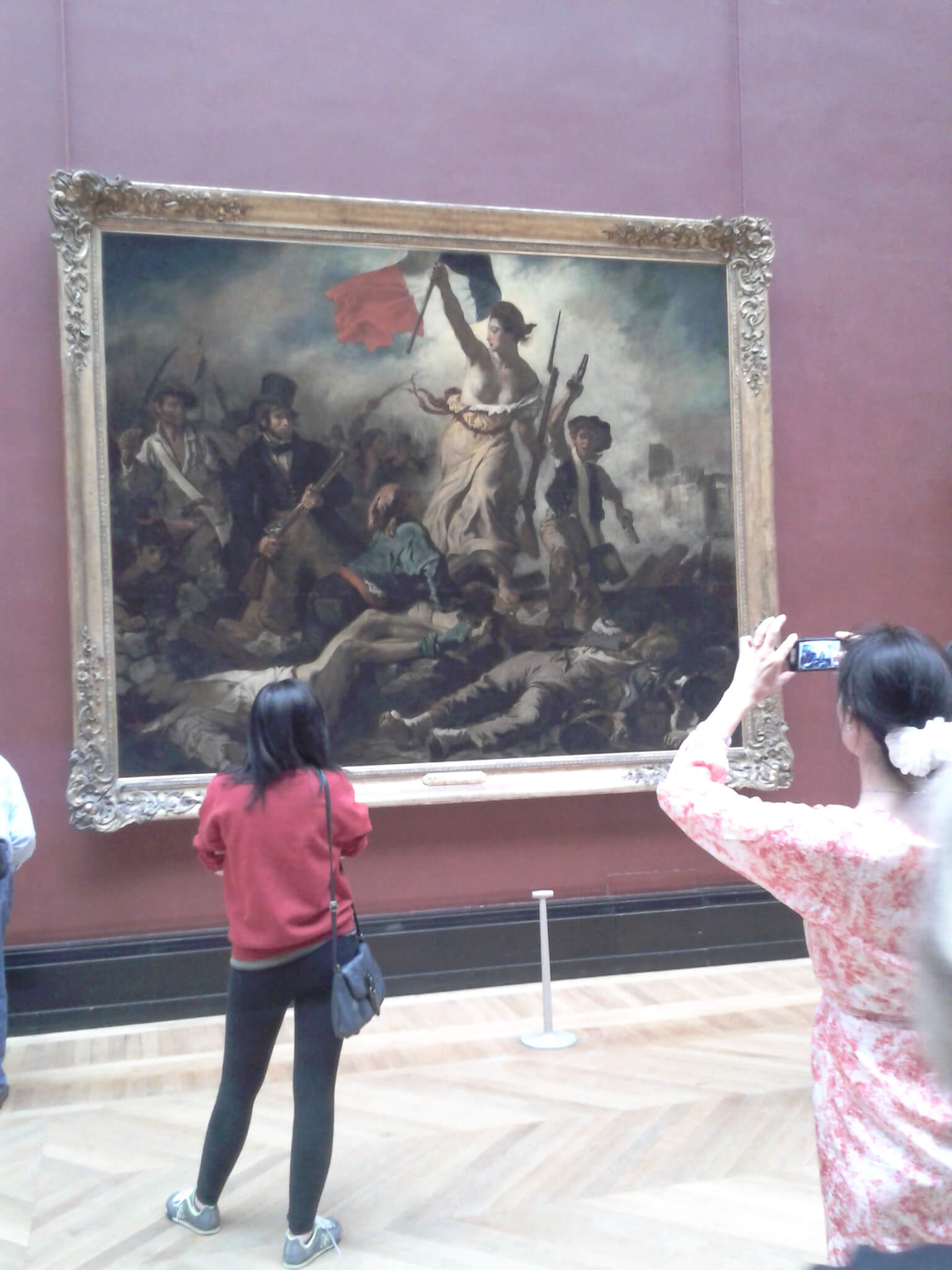 Mona Lisa – a half-length portrait painting by the Italian Renaissance artist Leonardo da Vinci that has been described as “the best known, the most visited, the most written about, the most sung about, the most parodied work of art in the world”. The Mona Lisa is also one of the most valuable paintings in the world. I have to say I am not the biggest fan of visitin this painting because the room is always packed with many tourists so it is difficult to get a good look – my tip is to get in early in the morning to avoid the crowds. 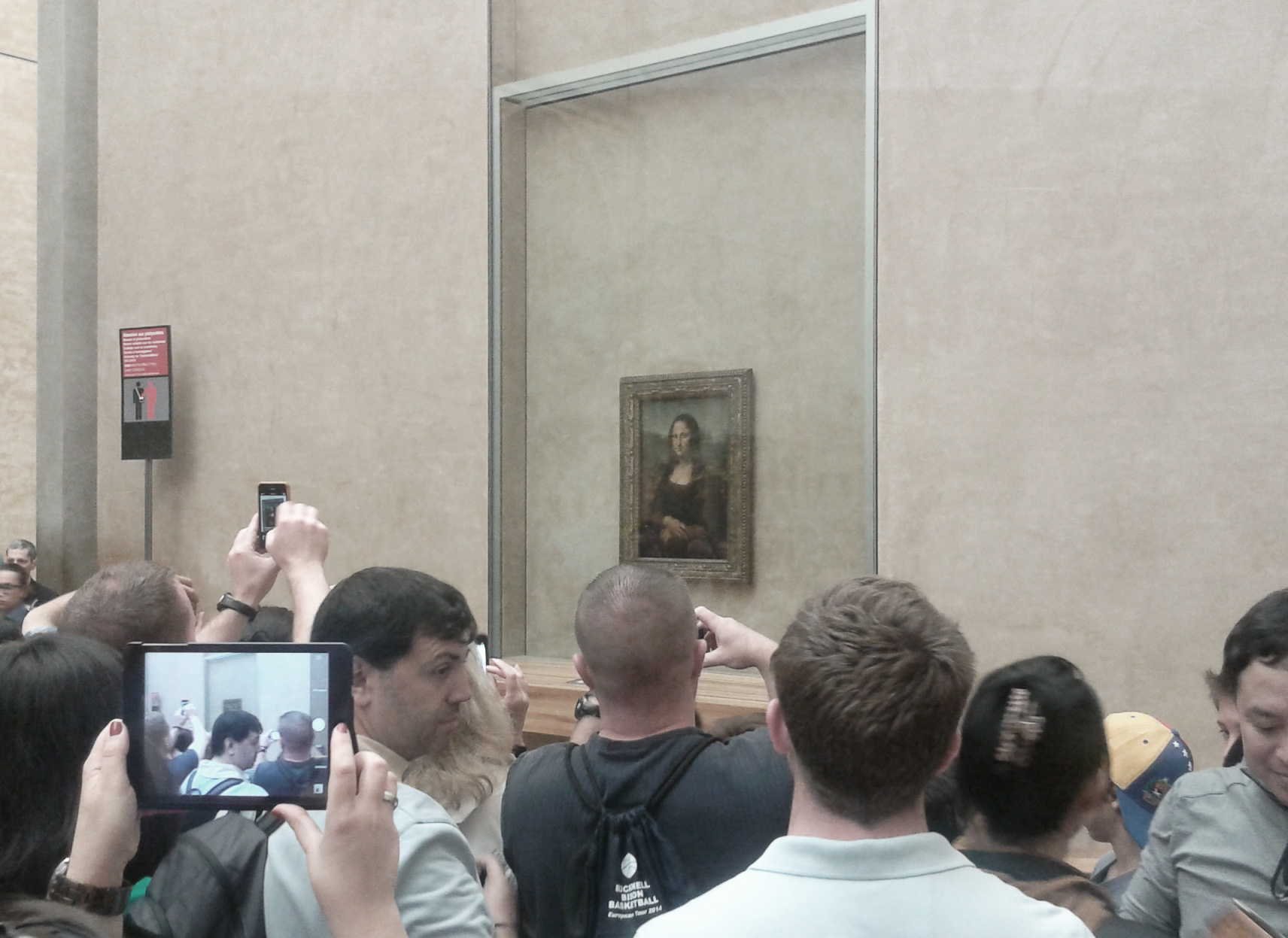 A Painting of the Moon

Artist unknown but a wicked painting. 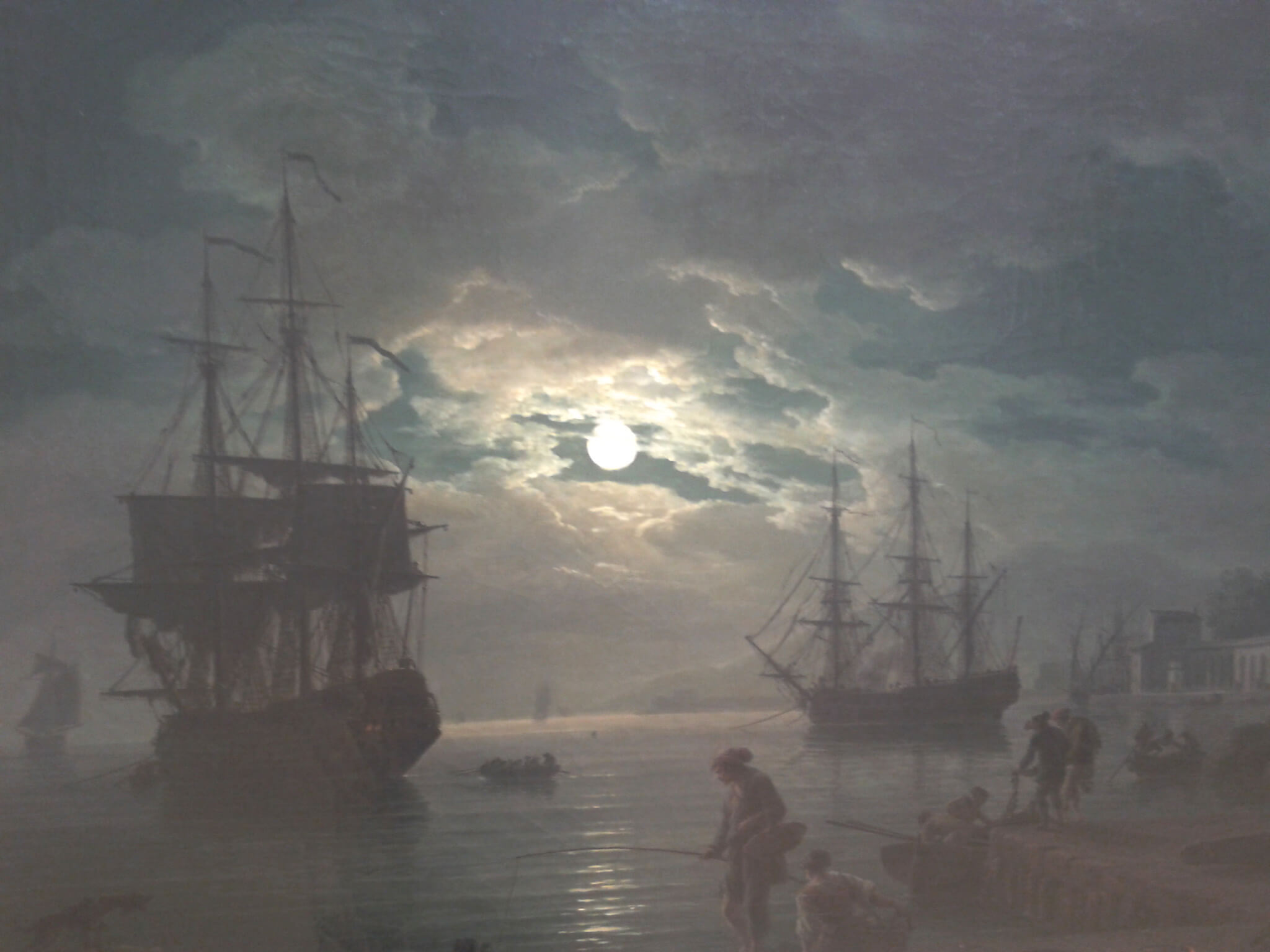 A magical painting – although curiosity is drawn to the 2 dead characters in the foreground but the landscape itself is awesome! 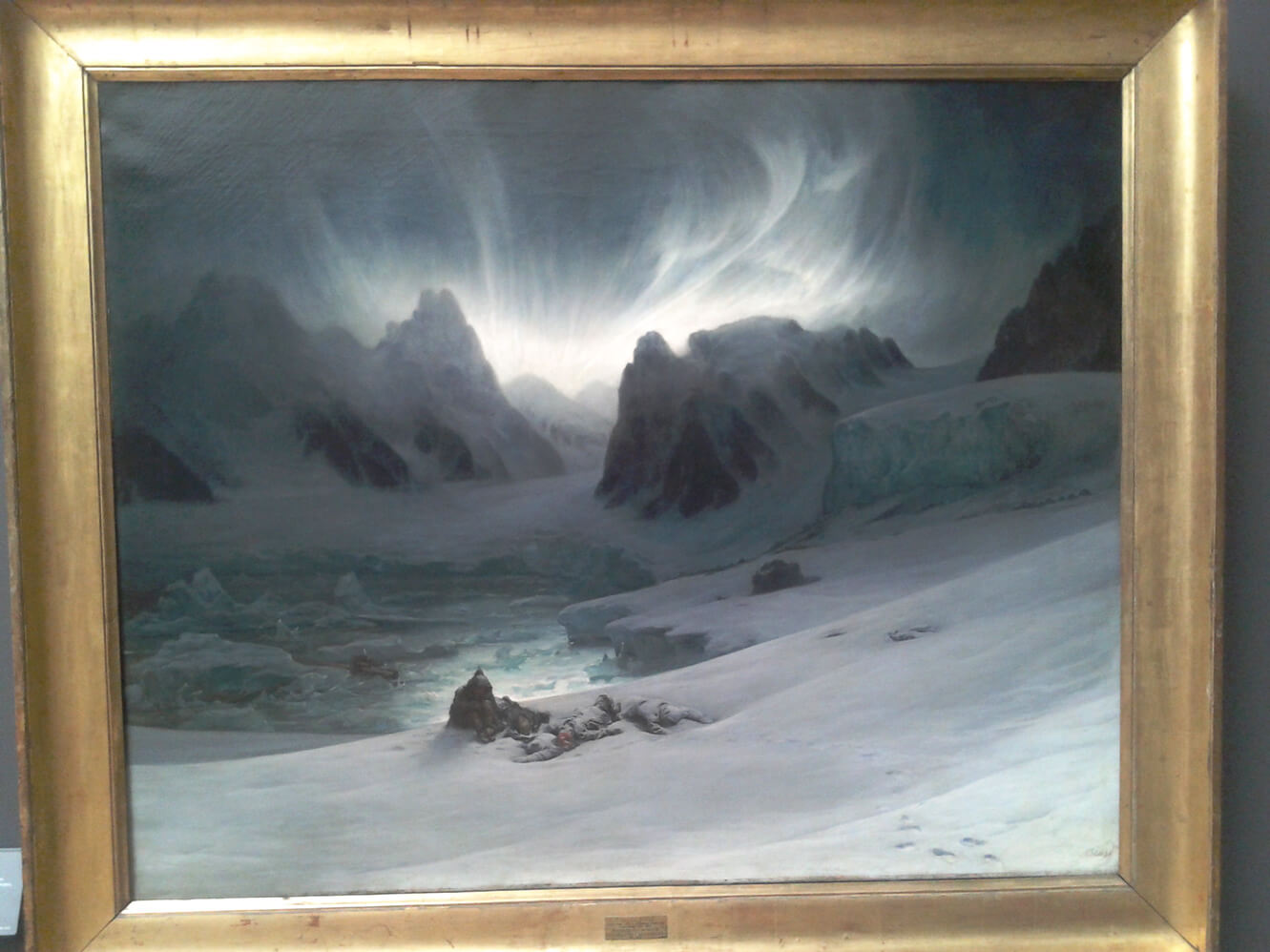 Quick glimpse of the painting. 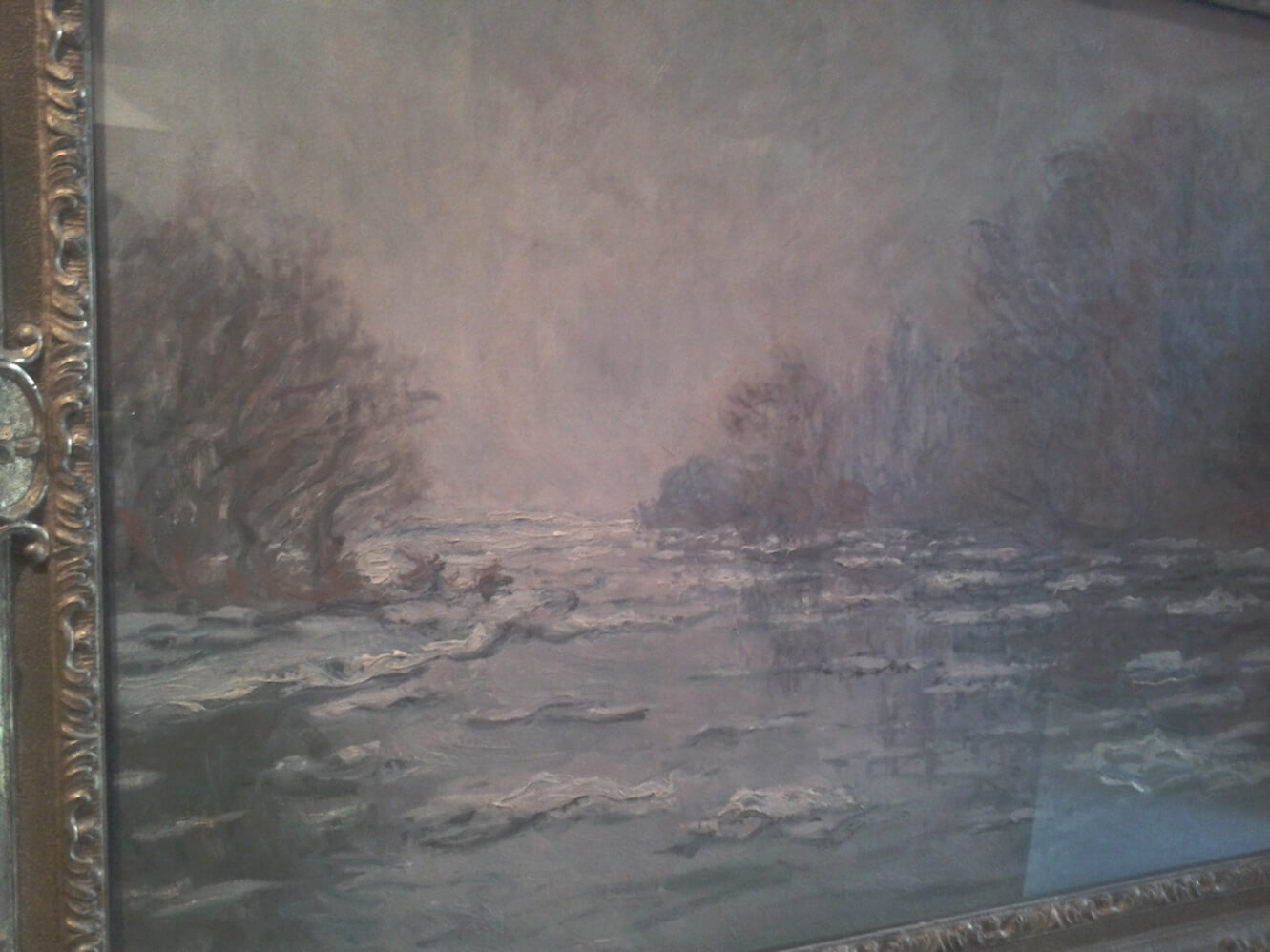 Head on the Plate 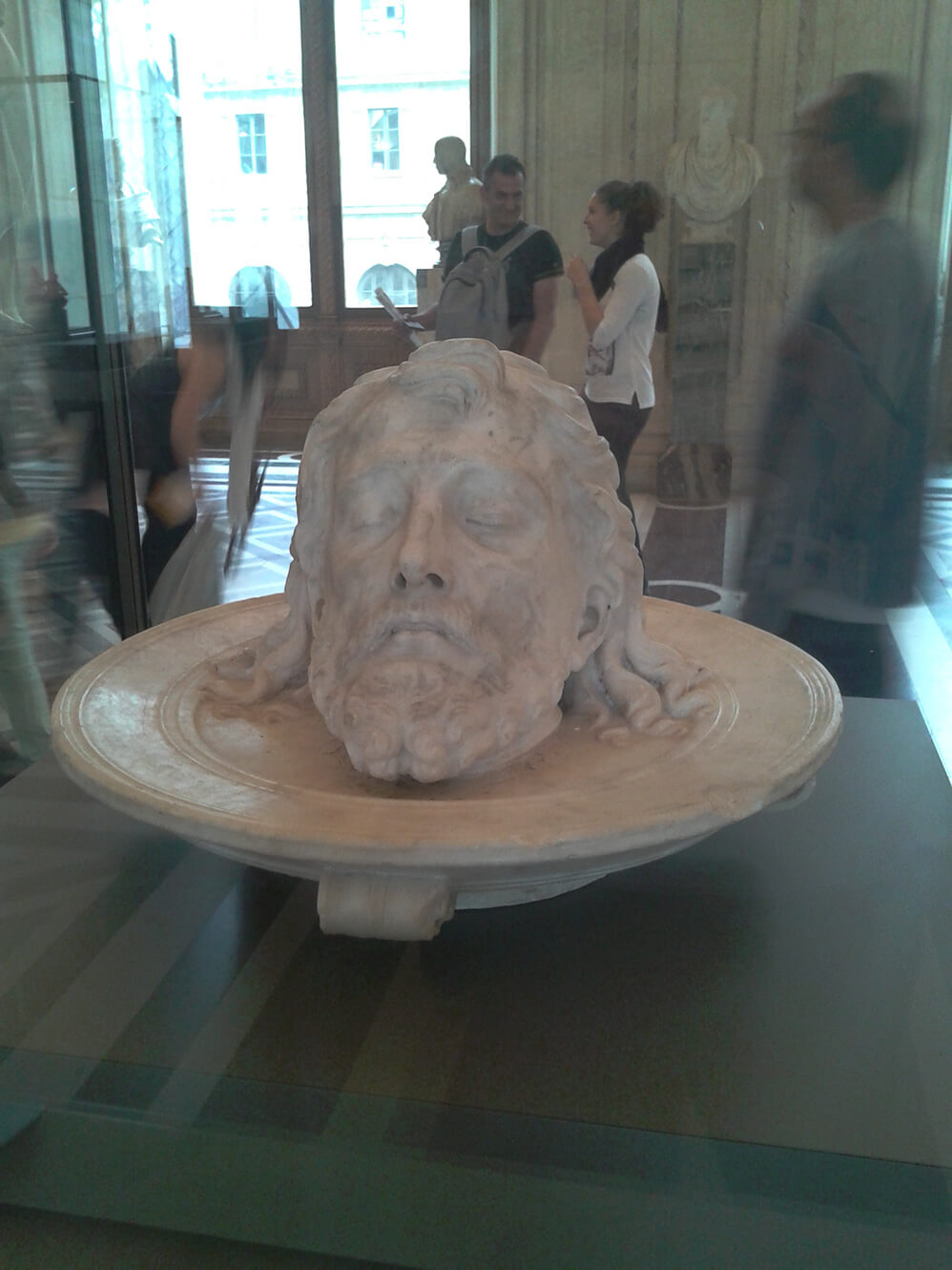 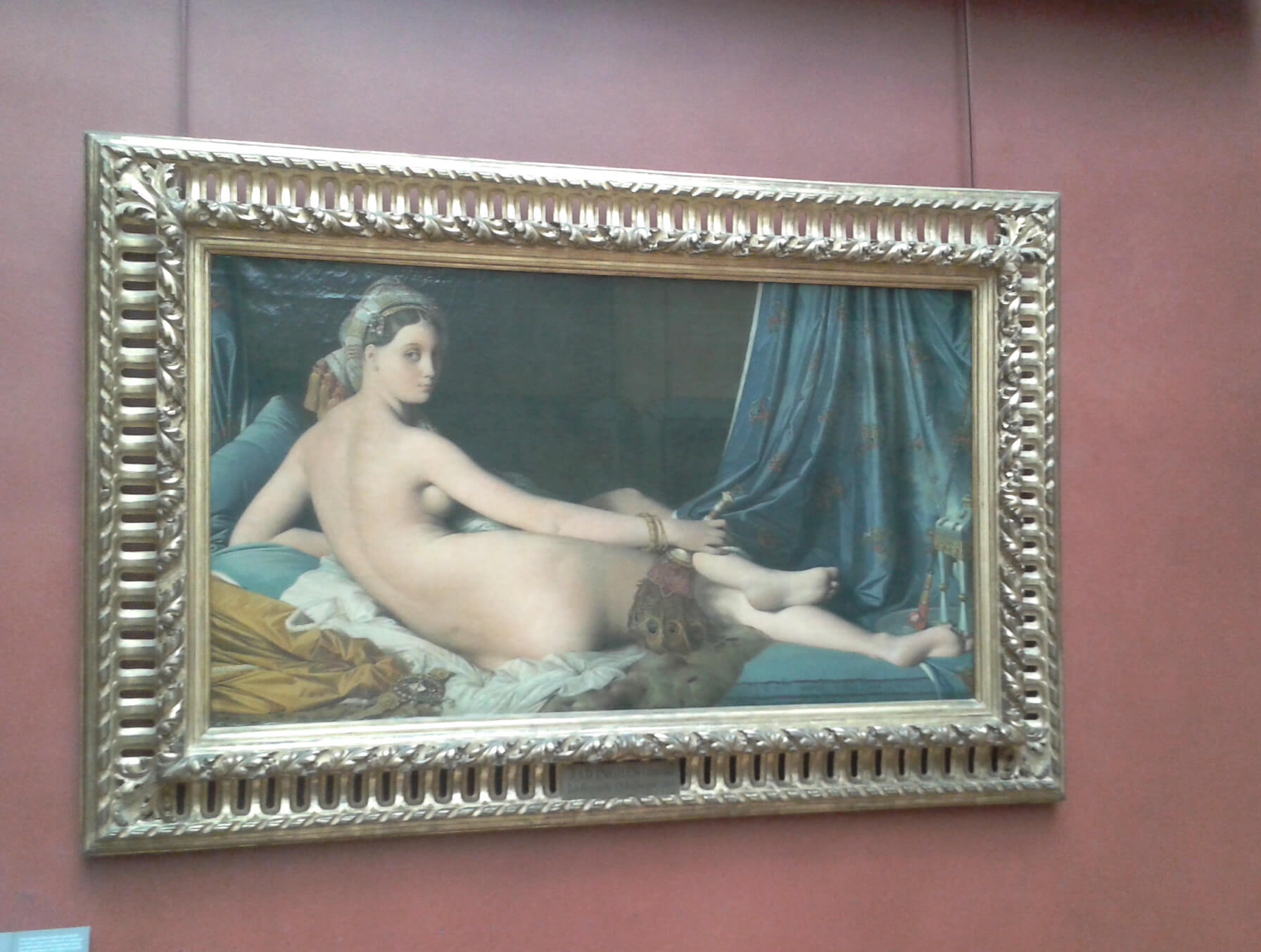 Quite an interesting piece of art – although very biblical I do love the effects shown in the sky between the setting sun and a glimpse of some other planetary type of heaven. 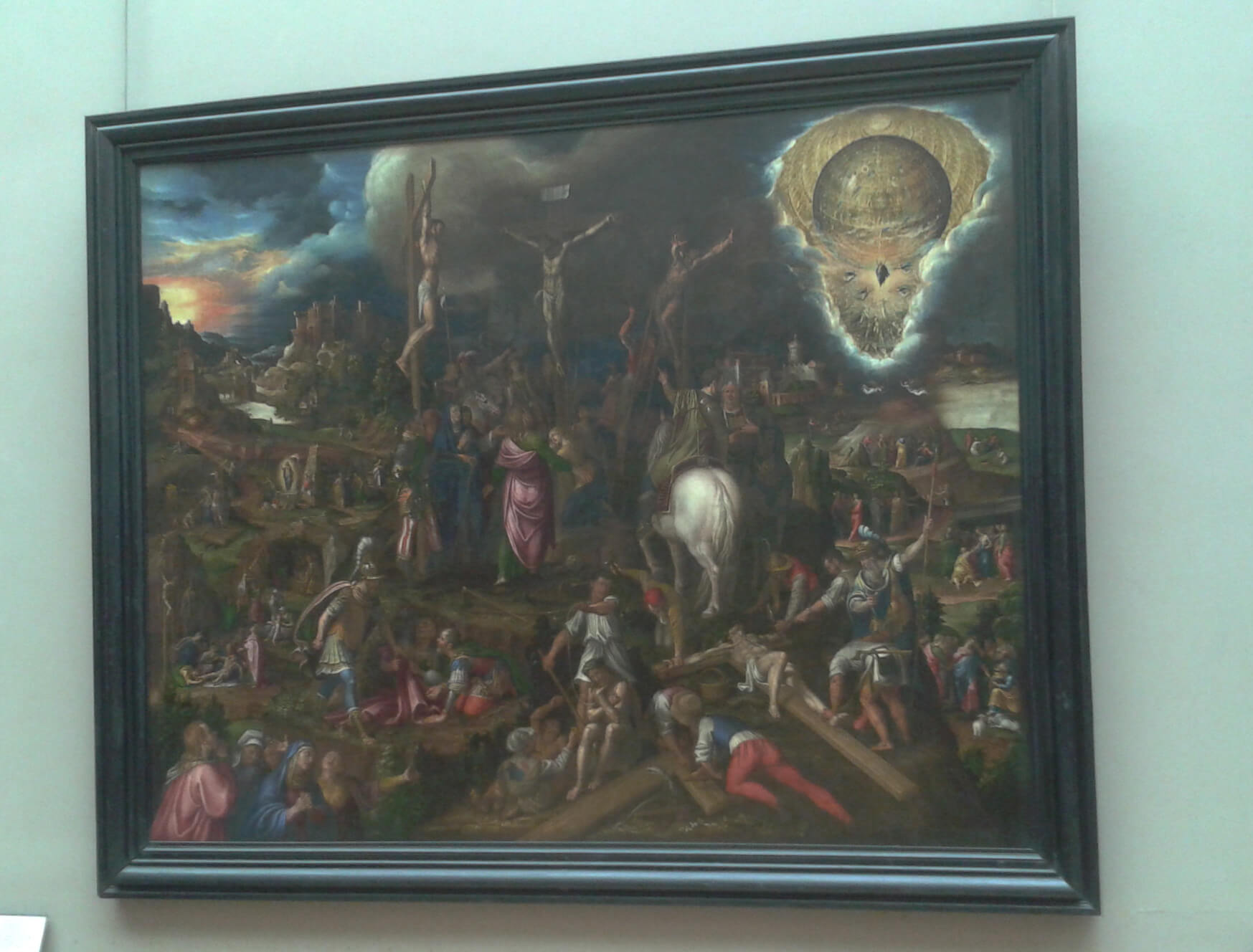 When I got to this room it was full of school kids sat listening to their teacher talk about these paintings all by Jacques-Louis David and depicting historical events. 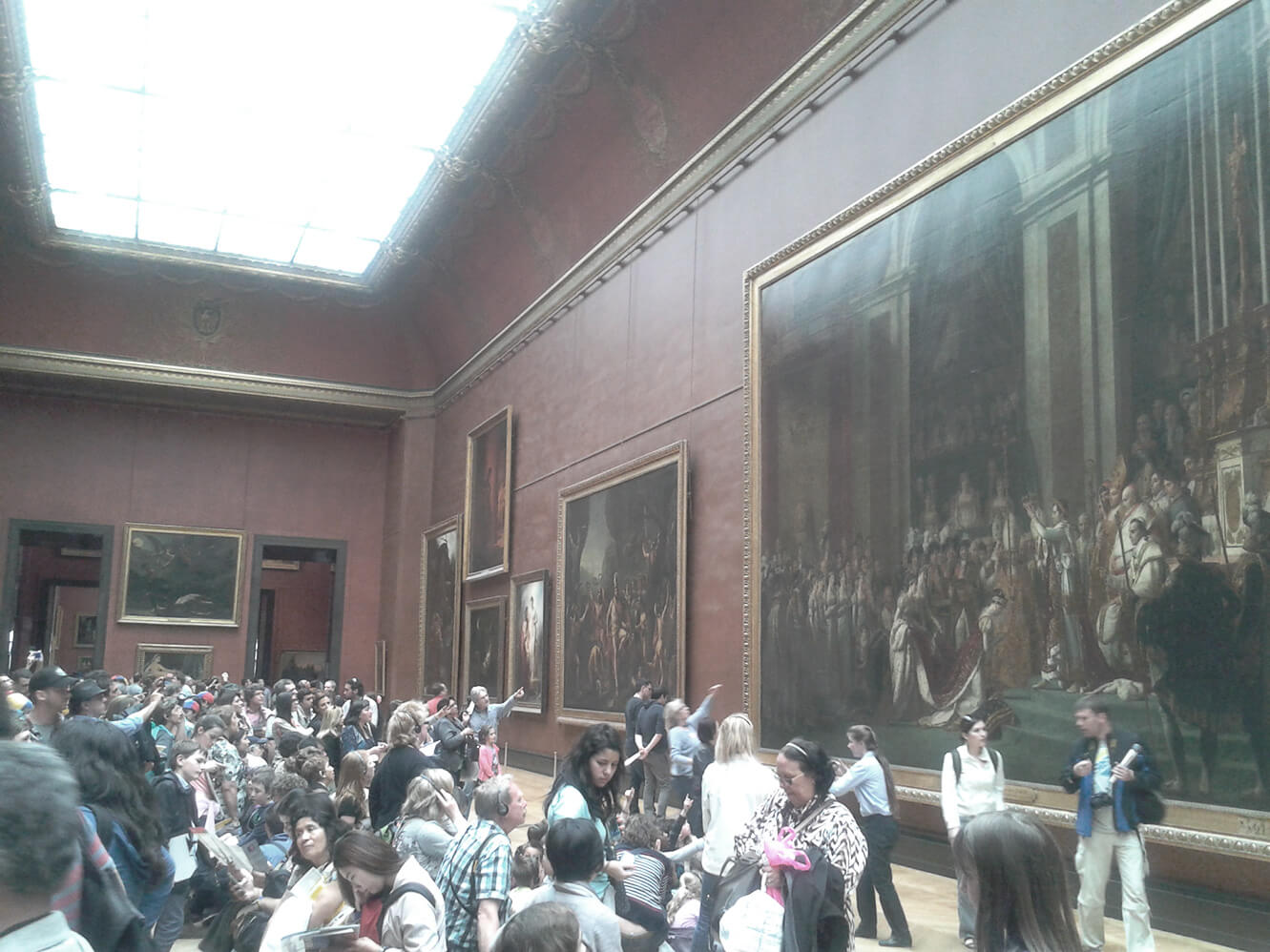 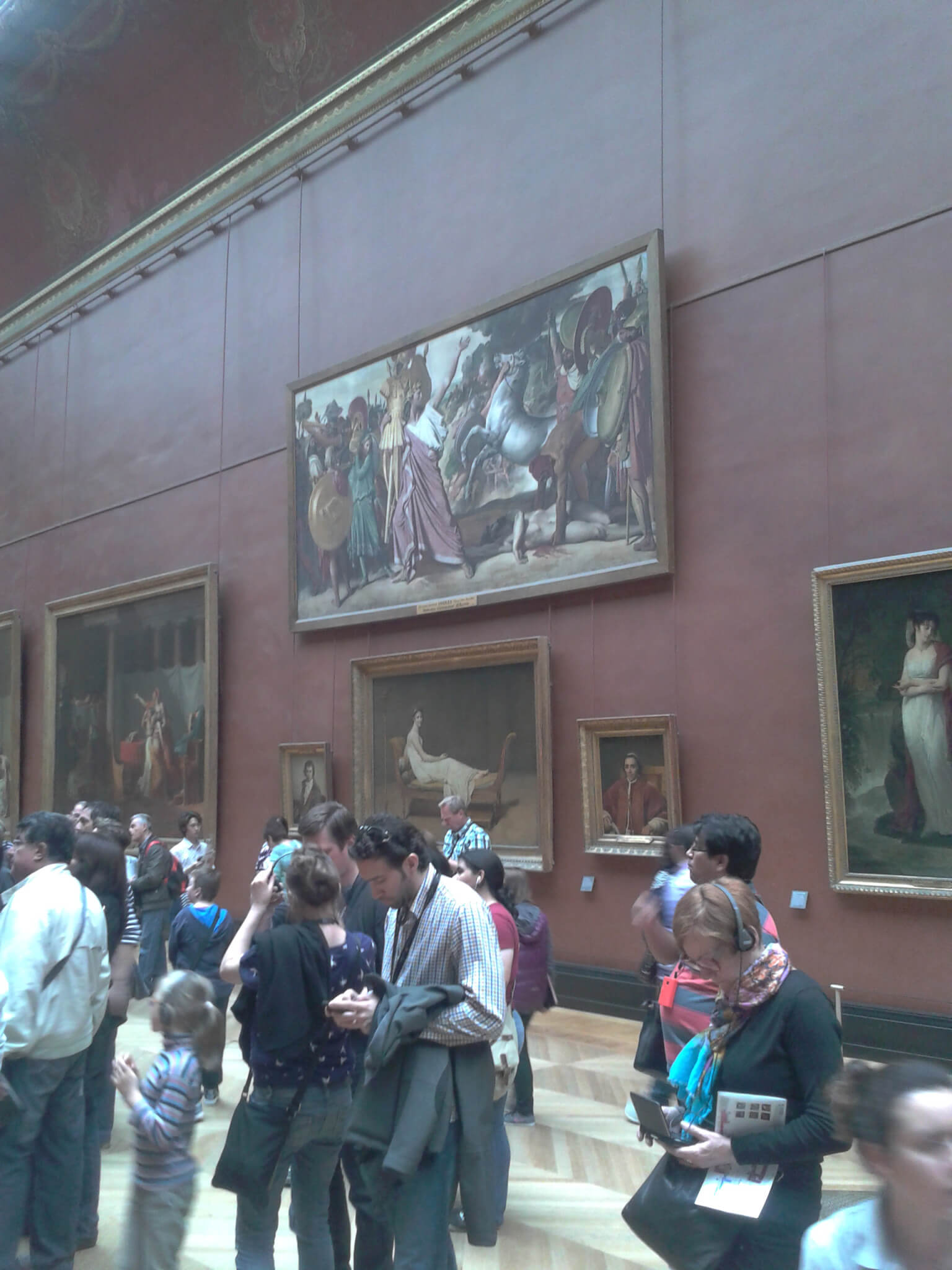 Paintings By David – The Death of Marat

Marat one of the leading lights of the revolution faces a sticky end.. 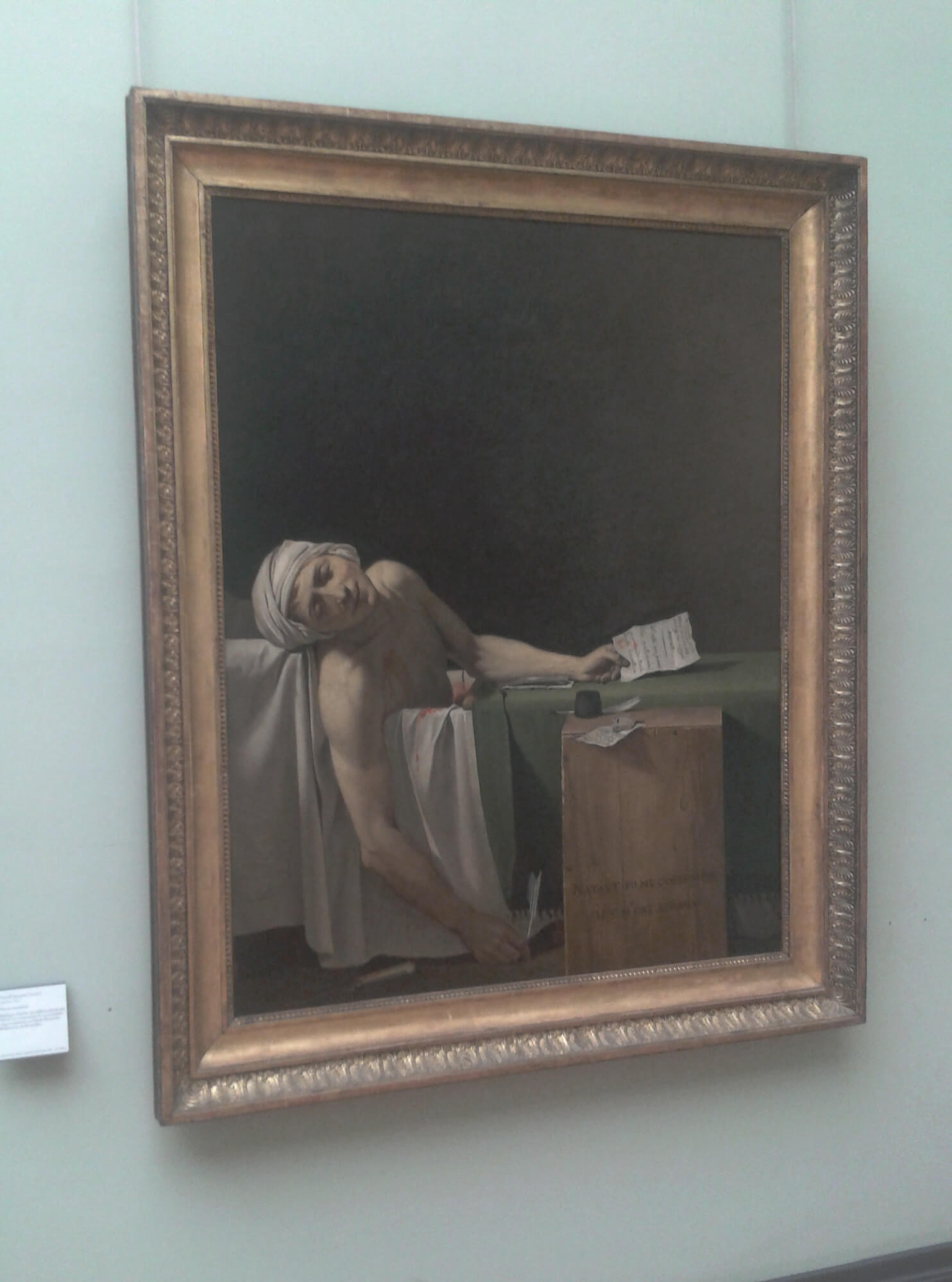 One of the Room Galleries

This is the kind of fashion the Louvre would have been decorated as used by the royal family’s of France.  Slightly overwhelmed by the scale of the decoration here I find myself yearning for something a bit more Zen! 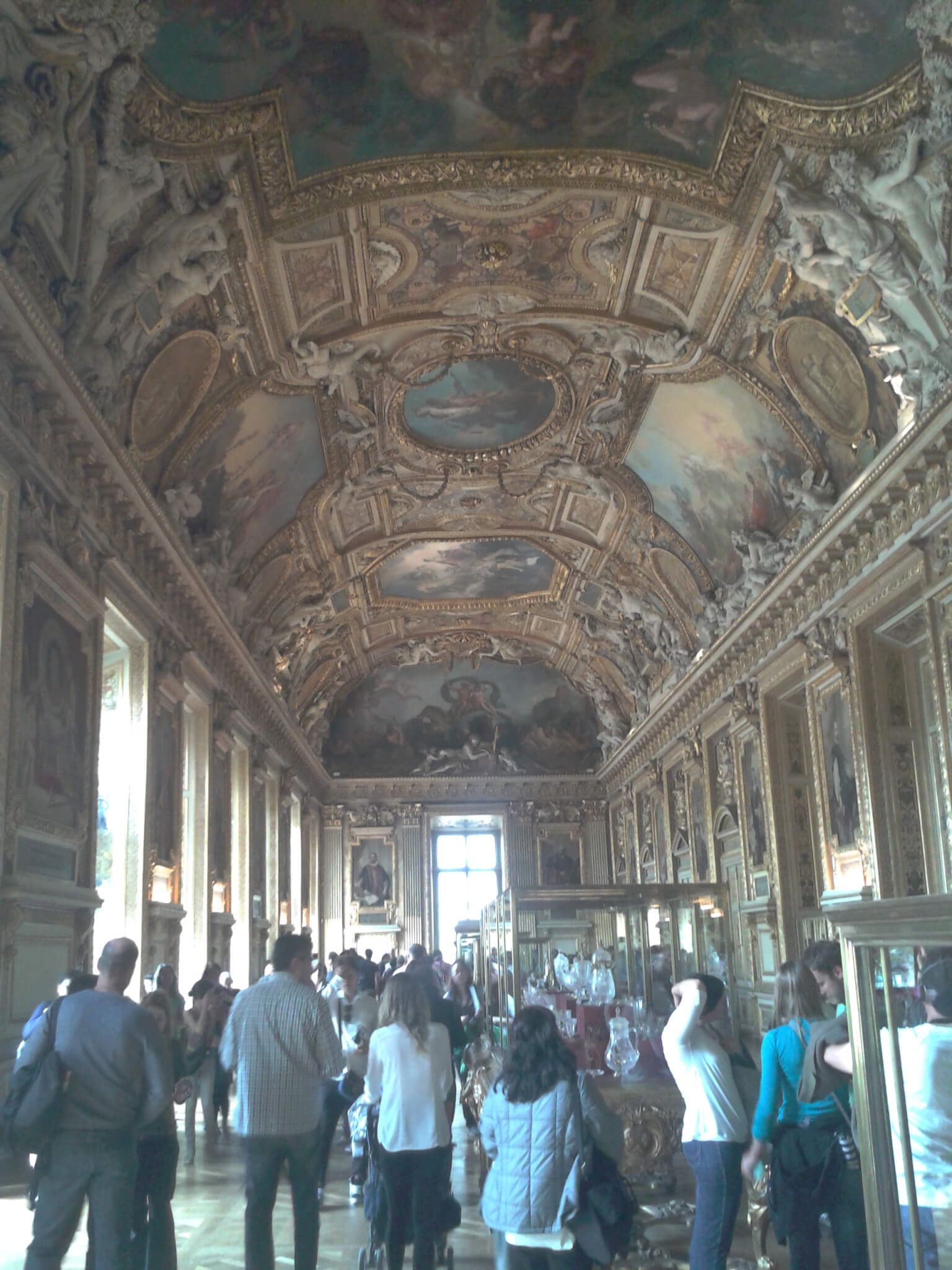 Quick Glimpse On The Way Out

The architecture in art galleries always leaves me very inspired! 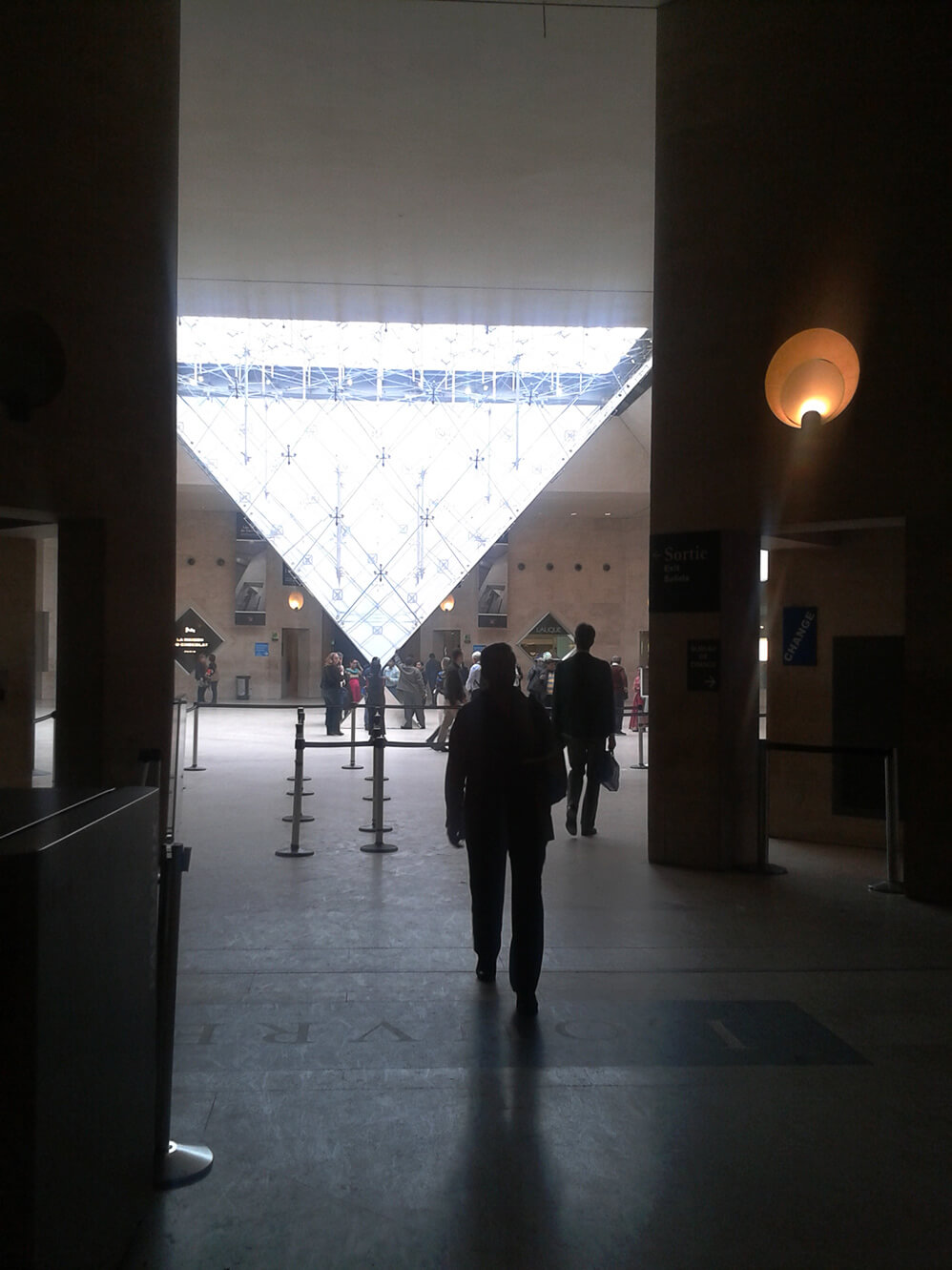 Hope you have enjoyed my quick photos of the gallery!

Some Interesting Comments What I Think About Art

Quick Sketch – The Seeker And The World